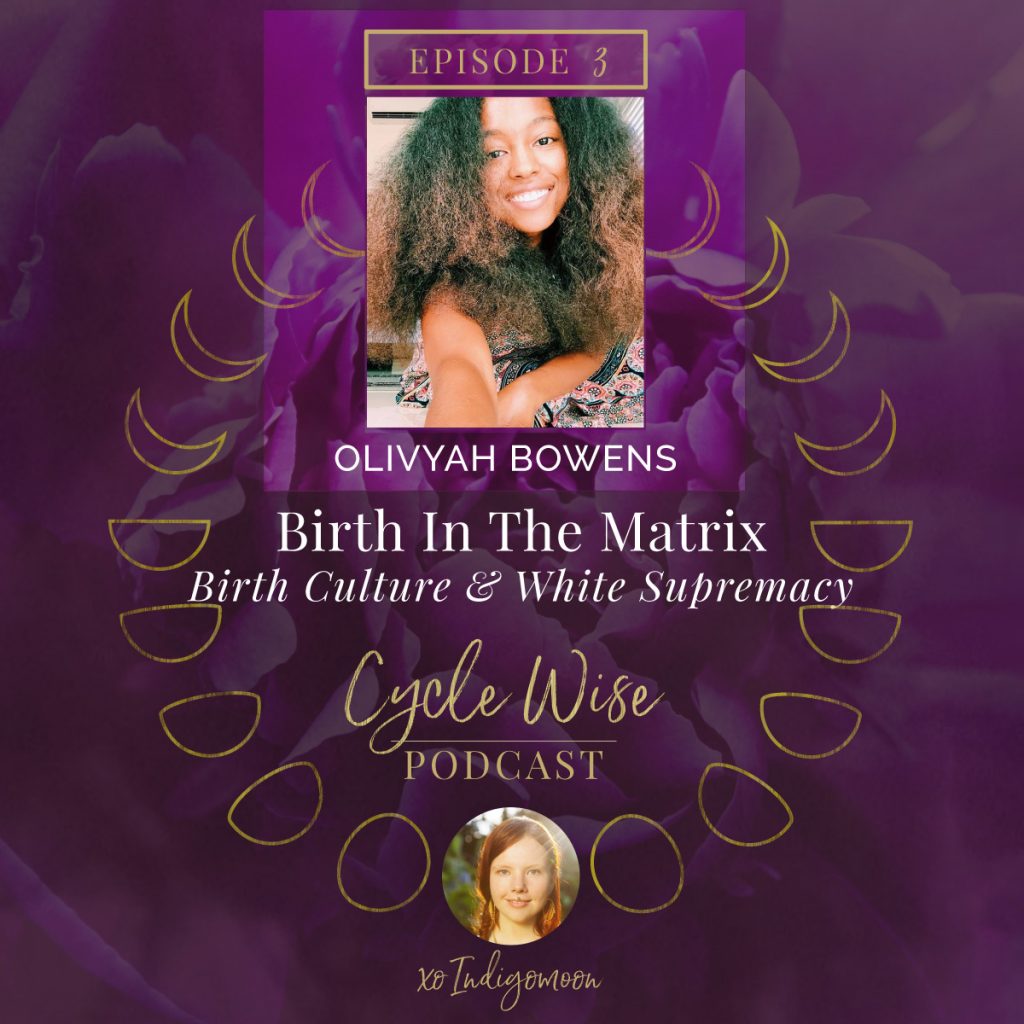 Olivyah Bowens is the conscious doula behind Her Holistic Path. Together we take a critical look at todays birth culture, and dive into white supremacy in birth, and how the origins of gynecology and obstetrics are still affecting the way women birth today. We also talk about the troubling things happening in the doula profession, and how women can prepare for birthing on their terms. This is a must-listen for anyone interested in birth, and particularly for birth workers ready to advocate for truly woman-centered birth.

Supporting women across all seasons of womanhood is at the heart of my own work, and that includes pregnancy and birth. But with the state of obstetrics, midwifery, and even the doula profession becoming so regulated and medicalized, I often find it tricky to open a conversation that is built on participating in a system that I feel is fundamentally disrespectful to women.

That’s why I love this conversation with Olivyah Bowens, a holistic doula, birth educator, and birth photographer, with her eyes wide open to the mistreatment of pregnant and birthing mothers. She is actively doing her part in supporting women to create a new paradigm of respectful, woman-centered  care.

This is a longer episode to go with the big topic of birth. We talk about the complex and layered terrain of navigating choices in birth, Olivyah’s birth journeys, and how she became a doula. We also uncover how white supremacy caused the fear of home birth, where the idea that “birth is dangerous” comes from, and how doula regulation is damaging women’s sovereignty in birth. Finally we also touch the amazing hormones that keep birth safe when undisturbed, and how the trap of trying to control birth, often ultimately harms ‘motherbaby’ (a term reflecting the concept that mother and infant are not two separate people, but an interrelated dyad). It’s a great listen for anyone ready to think critically about our current birth culture.

The racist roots of gynecology: James Marion Sims (January 25, 1813 – November 13, 1883) was an American physician and a pioneer in the field of surgery, both known as the “father of modern gynecology” and as a controversial figure for the unethical approach to developing his techniques.

The pathologization of childbirth: Joseph Bolivar DeLee (October 28, 1869 – April 2, 1942) was an American physician who became known as the “father of modern obstetrics”. He spread his argument that childbirth is inherently dangerous and pregnant women need to be saved by doctors. A belief that still permeates today’s birthing culture. Read more here.

I'll meet you in your inbox

Join the tribe along with thousands of women on the journey together, activating & awakening our womanly body as a resource for truly living and leading from within. After you join my newsletter, I’ll send you your welcome package including the very practices that transformed my life and now thousands of other women.

Hi beautiful, leave a message and I will get back to you.

Join Waitlist We will inform you when the product is re-stocked. Please leave your valid email address below.